Eggplant (Solanum melongena L.) is a plant species that is known as the fruit and vegetables grown for use as a food ingredient. These plants belong to one group of plants that produce seeds Eggplant Trunk divided into two kinds, namely the main stem and branching. Eggplant leaf consists of a petiole and the leaf blade. Eggplant flowers are hermaphrodite flowers, or better known as the bisexual flowers, the flowers are one of the stamen to the pistil. Eggplant fruit is the fruit of a true single.. Cultivation of eggplant in the Project of Independent Business is using composting technology bagase. Bagase compost is compost that comes from bagasse or the rest of the sugar mill. Bagase own compost organic matter content of about 90%, N content of 0,3%, 0,02% P2O5, K20 0,14%, Ca 0,06% and 0,04% Mg. The project goal independent business is the use of compost bagase on the cultivation of eggplant to reduce the use of chemical fertilizers and optimize plant production eggplant, farming systems semi-organic environmentally sustainable and analyze the feasibility of cultivation of eggplant with market potential in Payakumbuh and the District Fifty City. Independent business projects implemented during the four months from September to December 2015 and conducted experiments dikebun State Agricultural Polytechnic Payakumbuh with total area of â€‹â€‹300 m2. Eggplant crop production on the independent business projects with the use of compost bagase treatment that is 575 Kg/300 m2, a profit of Rp. 835.310, the profitability of 92% and RC Ratio of 1,92. 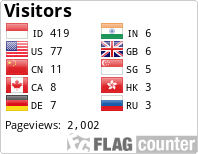